A New Member to the Conservancy Model

Like other privately owned property surrounding the Masai Mara, the lands and the wildlife on the Siana Group Ranch were not thriving… nor were its inhabitants, the Maasai people. Overgrazing and other poor land-use contributed to its decline. But inspired by the success of Kenya’s growing conservancy movement in 2015, the 1,200 landowners joined forces with six safari camps to create the new conservancy.

This was not only a big win for Mara Siana but Kenya’s wildlife as well. More than 70 percent of the country’s animals live outside the protected national park system. The conservancy movement increasingly shelters these numbers as well.

The 35,000-acre conservancy offers its restricted number of guests the opportunity to safari without the crowds often seen in the adjoining national park. But like in the Masai Mara Reserve, tourists will be treated to lots of big cats, plenty of elephants and giraffes, and smaller species like gazelles, topis, elands, hartebeests, and dik-diks. 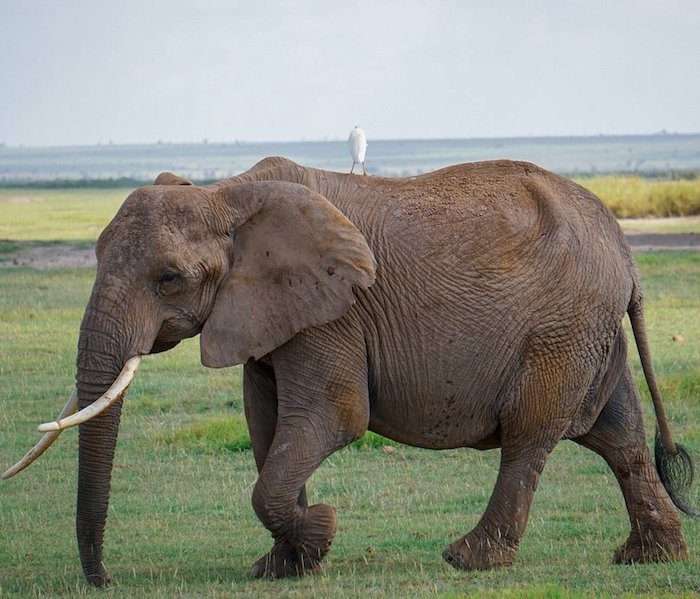 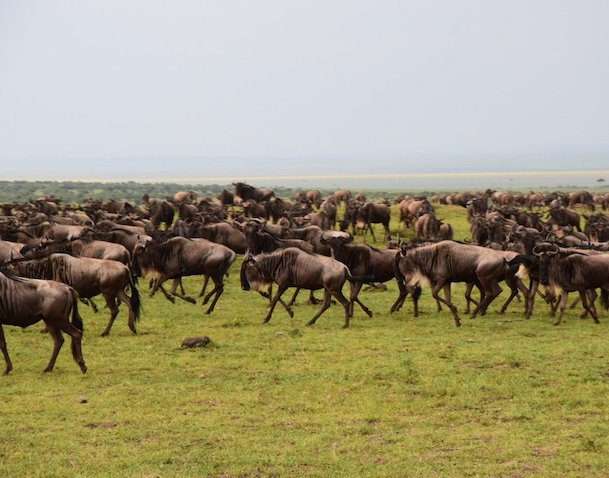 Plus, Lots of Wildebeests

In most parts of the Mara, wildebeests are only spotted during the season of the Great Migration (June – October), when they pour over the Mara River by the tens of thousands, along with uncountable zebra and gazelle.

However, in the conservancy’s Loita Hills area during January and February, safari-goers may also come upon herds of wildebeests calving, giving birth by the thousands in a moving display of life’s endless cycles.

One of the many advantages of staying in a conservancy is the many activities available to you not allowed in the national park. You can partake in bush breakfasts, night safaris, and guided walking treks upon the land, amongst other unique safaris.

Often, your guides for these adventures will be local Maasai who were born and raised on these lands. They are experts on the fauna and flora and possess an uncanny ability to track and locate nearby wildlife.

You’ll also find many of these Maasai conservancy partners in the employ of the local camps. The substantial increase in their yearly revenue between their work on the conservancy and their annual stipend as landowners has dramatically improved their community and their lifestyle. Many Maasai families can now afford to send their children to school for the first time. 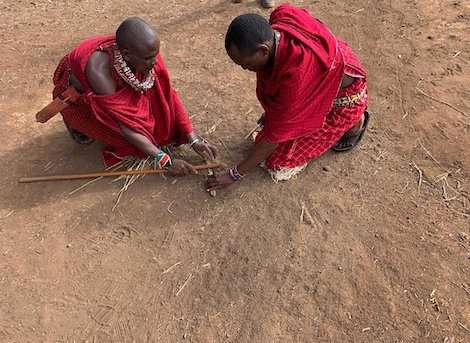 Sharing this land flocked with distinctive acacia trees are the Maasai people, nomadic herders from whom the park takes its name. They construct traditional villages surrounding the reserve and live as they have for eons, herding their cattle and pushing back at an ever-encroaching modern world.

Known for their brightly colored shukas and deft beadwork, the Maasai are a living link to a past that stretches back beyond colonial Africa, to an era when the entire continent was wild and untouched. 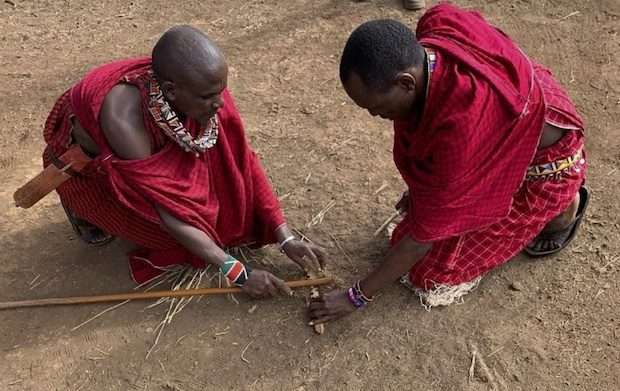 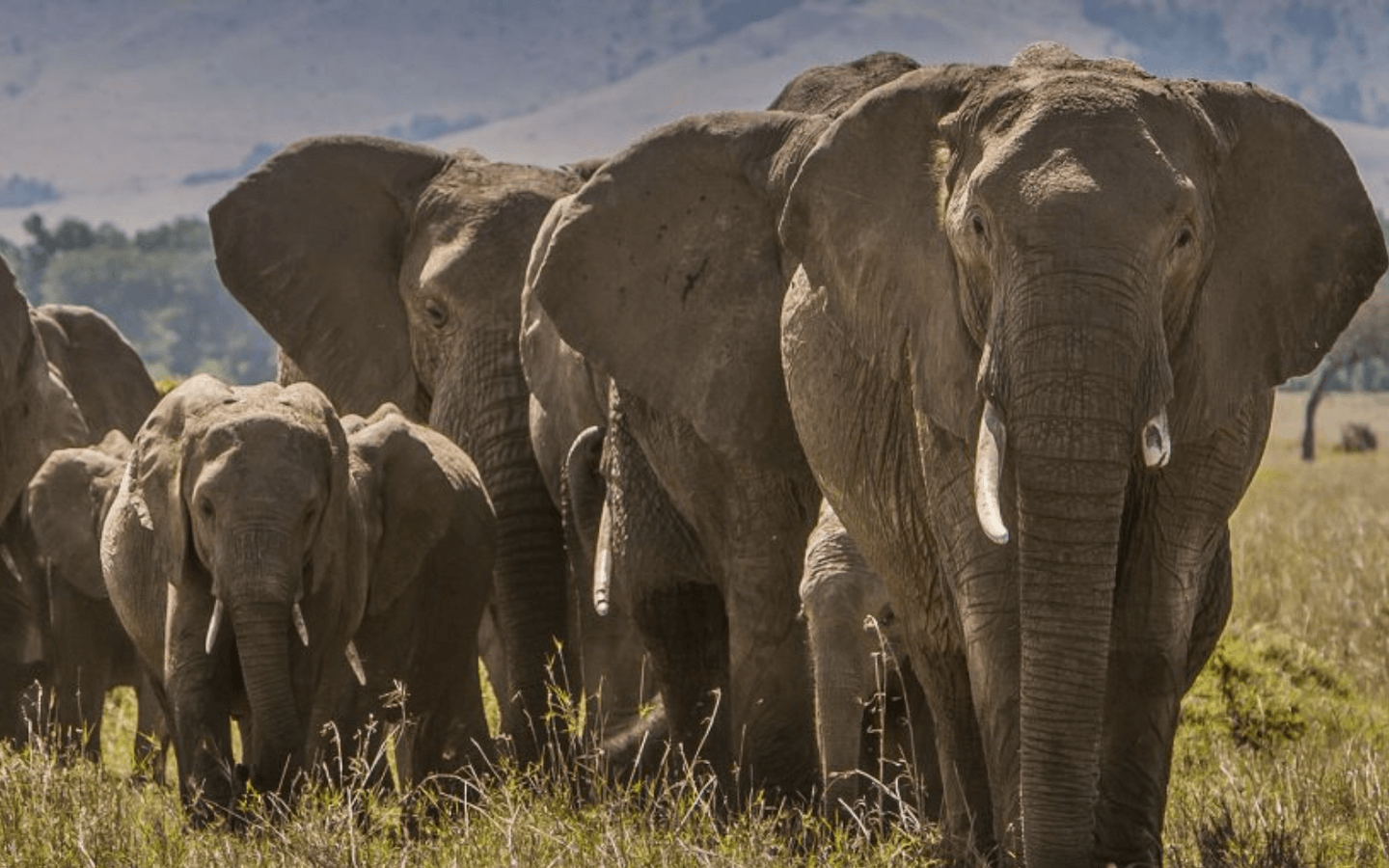 The Elephants – A migration corridor for elephants cuts right through the conservancy. Some of the herds are massive with over 200 members to a family.

Fly Camping – for a truly authentic moment, try camping in the bush with your Maasai guide. Under his expert tutelage, you can track elephants and relax at your campsite, cooking dinner over an open fire. Then retire to your tent, as nature’s night sounds lull you to sleep.

Night Drives – The Mara is a transformed world at night when the nocturnal stalkers come alive. You’ll safari through the inky darkness moving amongst the night dwellers, alerted by an occasional rustle and the glint of steely eyes reflected by your Jeep’s headlamps. An unforgettable experience.

The Maasai Community – True encounters with the local community are possible within the conservancy. Their villages are untouristed and you’ll be able to meet and get tutored in their cultural activities – medicine, beadwork, dances, and even throwing a Maasai spear!

You can also arrange visits to local markets and an elementary school. 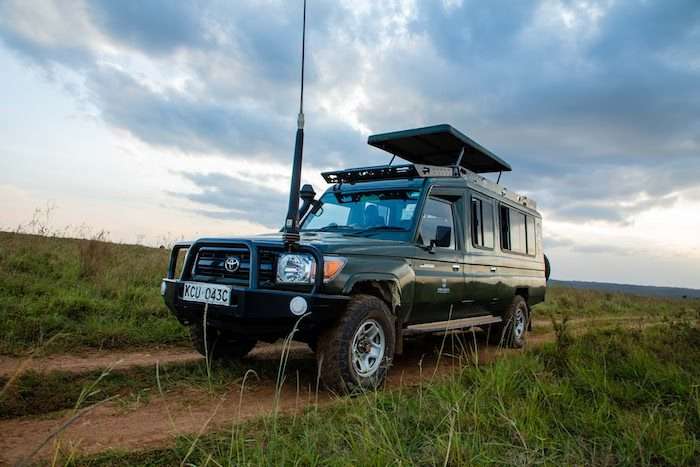 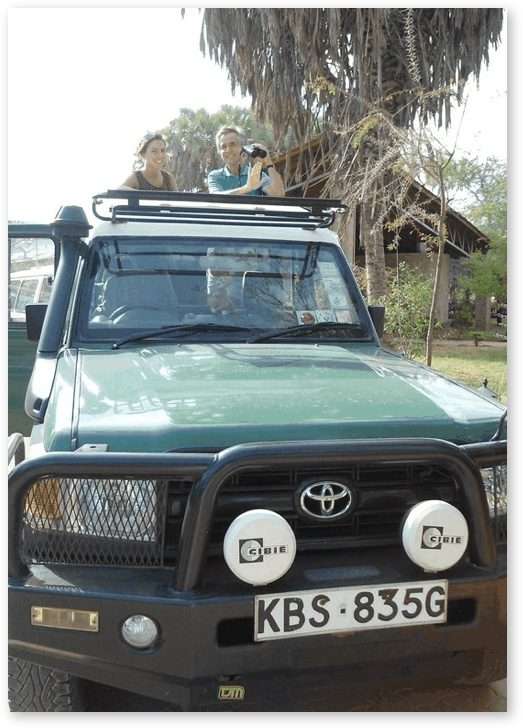 These reserve-based projects help the livelihoods of the nearby rural communities. 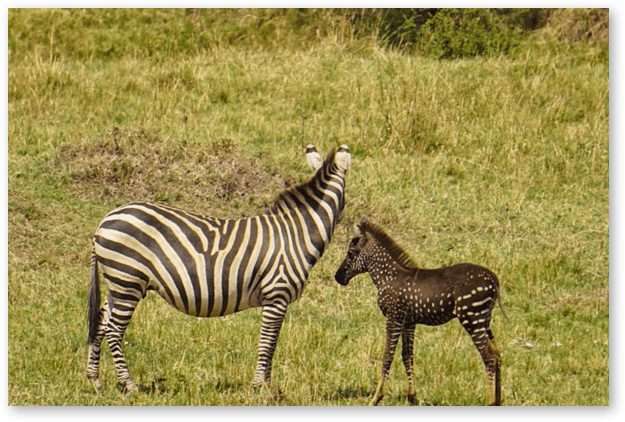 As with the other nearby conservancies, Mara Siana strictly limits the number of visitors to its wildlands. They’ve set a ceiling of 230 beds – that’s one room per 250 acres of conservancy land. Here are the current accommodation partners:

Getting there: You can Book a tour with Africa Kenya Safaris. And you’ll go in style – a specially outfitted 4 x 4 safari Jeep. 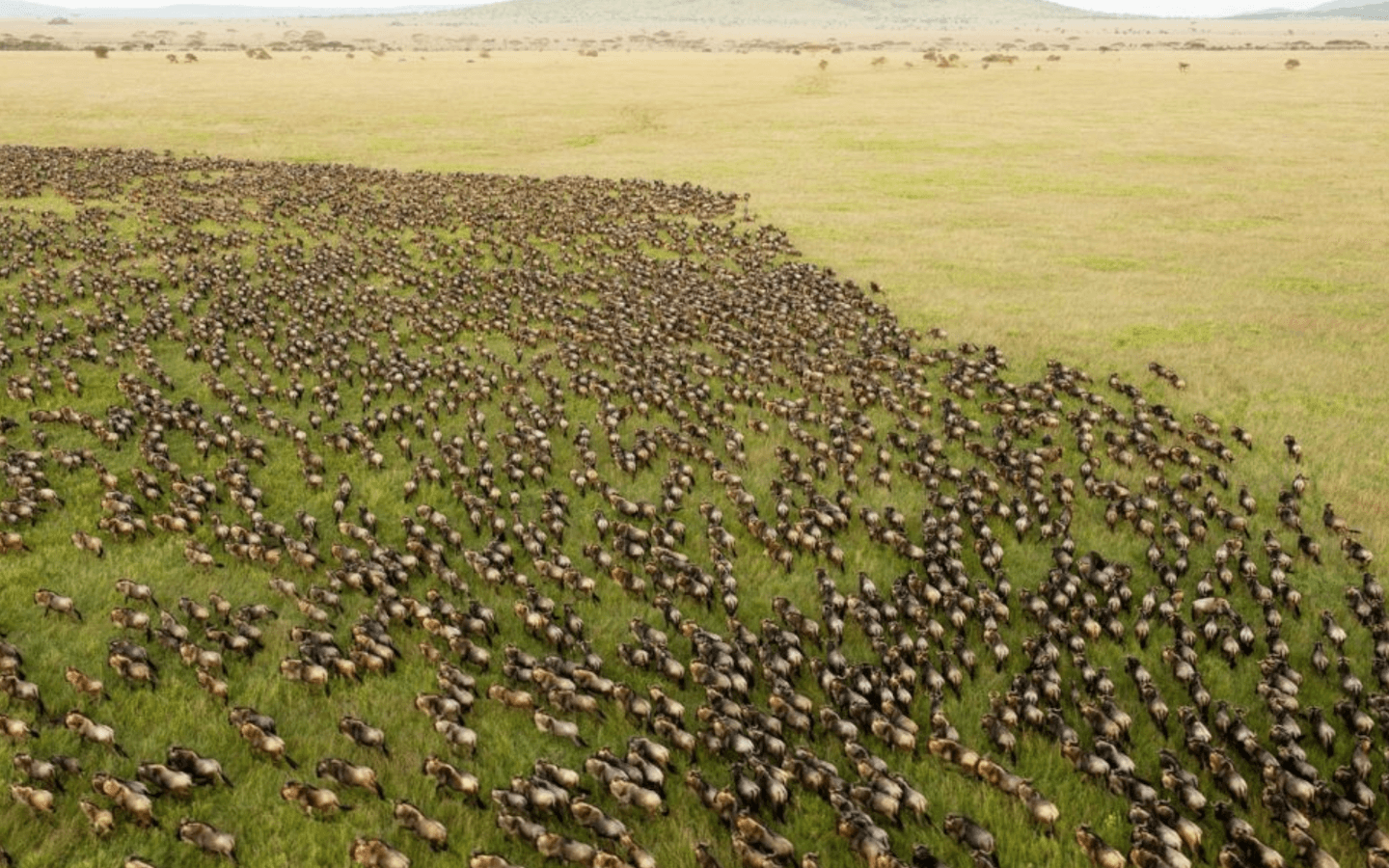 This is Mara Siana Conservancy

This is an active land of big cats and migrating wildebeests, of buffalos, elephants, giraffes, and gazelles. But it is also a reborn eco-system where the land and its inhabitants, the Maasai people are thriving thanks to a conservancy system that places the ultimate value on respecting nature. 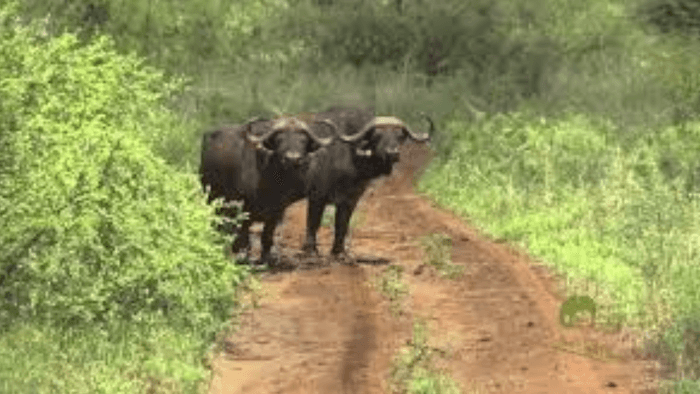 Join us at Mara Siana

Africa Kenya Safaris offers safaris to Mara Siana and other nearby conservancies and parks.  Just contact us to get your safari started. 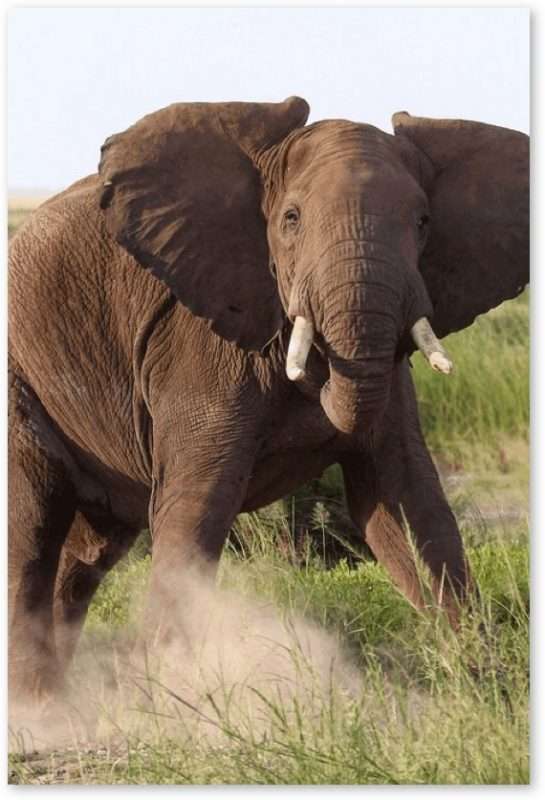 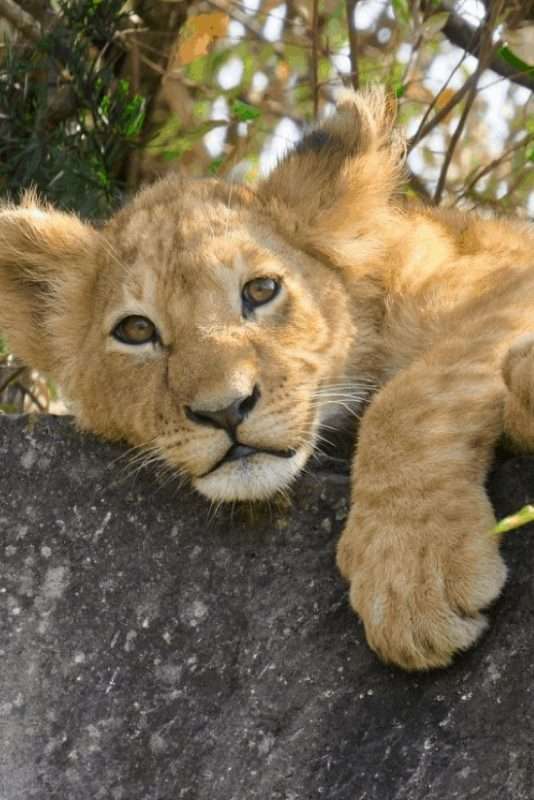