Get Up Close to Baby Elephants, Kissing Giraffes and Authentic Africa

Starting from/returning to Nairobi area hotels or the airport.

Starting from/returning to Nairobi area hotels or the airport.

We’ll pick you up in style – your own private pop-top safari vehicle. 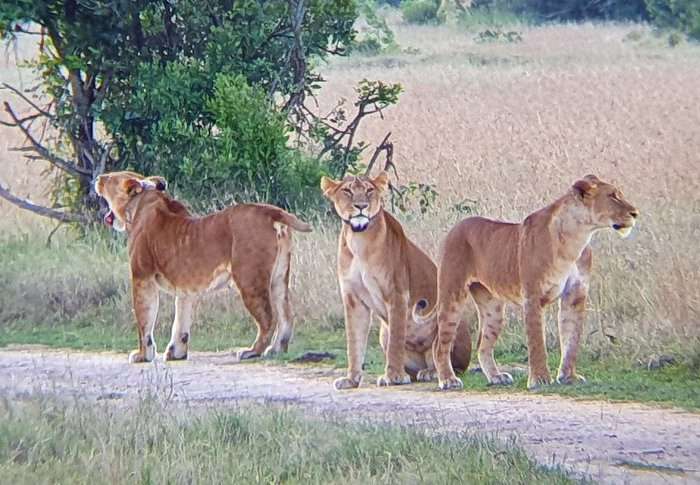 You’ll live a week’s worth of Africa in one adventurous day. Just picture – animals in the wild, minutes from the city, at Nairobi National Park and then a nearby hop to visit baby elephants! Being fed from giant baby bottles!

We’ll follow up with more animal Instagram fun – a giraffe sanctuary where visitors have been known to get a fresh kiss from a towering giraffe.

Maybe you’ve heard of the legendary Karen Blixen of “Out of Africa” fame? We’ll visit her homestead and the farm she made famous throughout the world.

Then a chance to immerse yourself in the neighborhood community at Kazuri Beads, where you can sample the bright handiwork of local women creating a new vision for themselves.

This is a rich day of surprises and encounters – the best of the travel experience. We’ll start early – at 6:30 am Africa Kenya Safaris will pick you up in your own private safari vehicle. You’ll have barely finished your coffee when we’ll land at perhaps the most unique national park in the world, just minutes from the city.

Have some free time in your schedule? The park is close enough for a fun, easy gateway.

Starting from downtown, the airport or any local hotel, we’ll pick you up and get you on safari for an exciting day tracking Kenya’s wildlife.

So, ditch the city and come see the real Africa!

There’s no other national park like it. Imagine within sight of a world-class capital city – lions, leopards, buffalo, and rhino, all roaming freely as they have for millennia. Incredibly, you’ll be taking pictures of giraffes, framed by downtown skyscrapers.

Just a short ride from the city, we’ll be on the lookout for impala, zebra, ostrich, and so much more. This stretch of ancient plains also holds the yearly zebra and wildebeest migration – a timeless movement of thousands of animals. 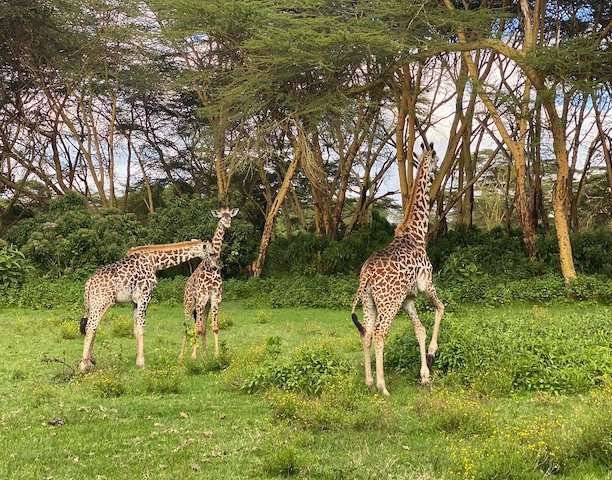 A group safari is a great way to make friends and meet other safari-loving adventurers. Share photos, swap stories, and maybe even discover other parks together. We can arrange other group tours for you throughout our country-wide choices of great national wildlife reserves.

Your Instagram feed will explode when you post up-close pictures of baby elephants feeding from giant baby bottles! Here at the Sheldrick Elephant Orphanage, rescued babies are nursed to health until they are ready to be introduced back into their homelands.

We’ll get here by feeding time (11 am) so you can see this astonishingly cute spectacle – special handlers each attend to their assigned ‘babies’ gently bottle feeding them. And time permitting, we’ll stick around to enjoy these giant small-fry splash about in their daily mud baths! 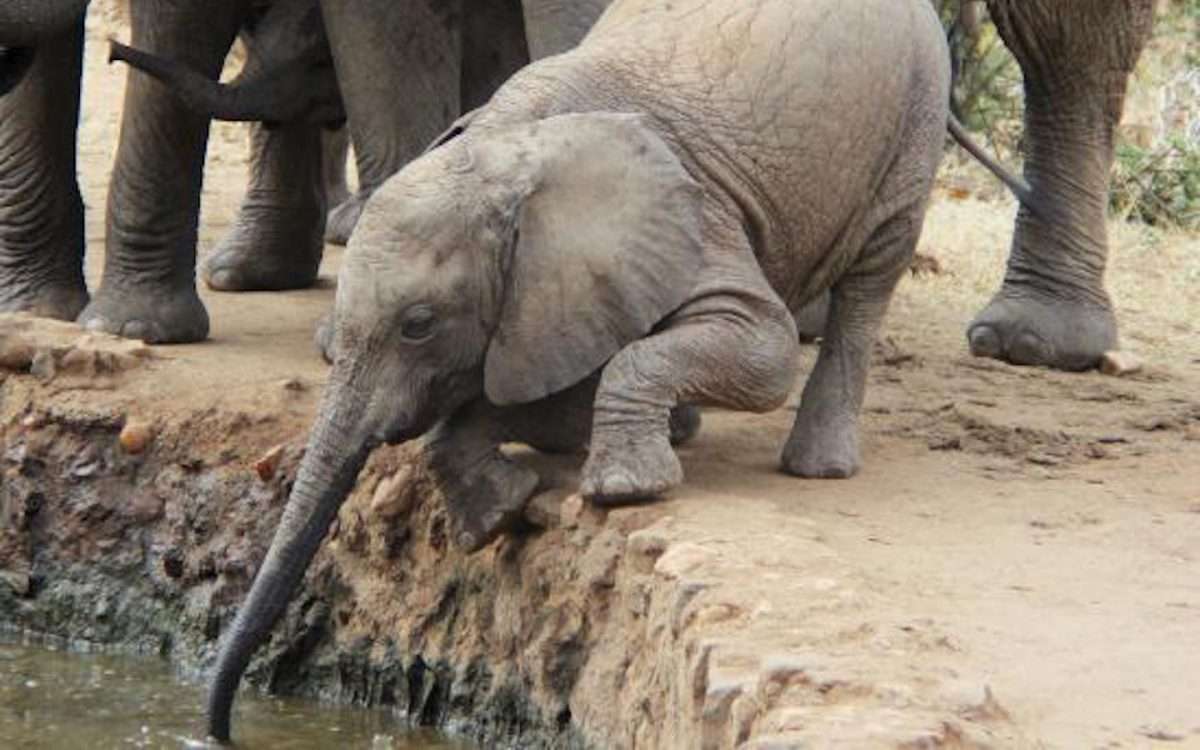 Check Out Your Ride 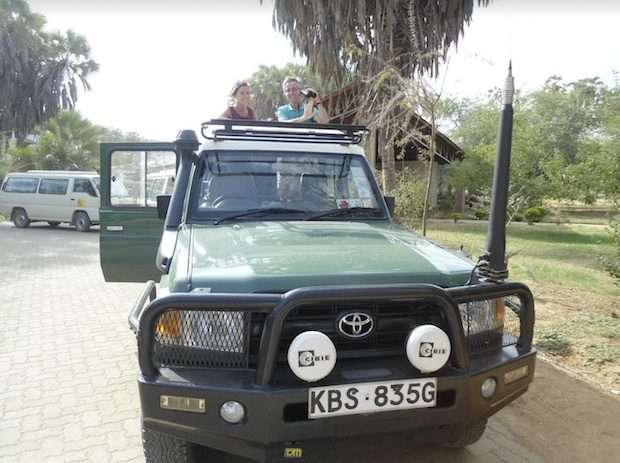 Lunch will bring us a choice of dining options:

Enjoy a touch of old-style African elegance at the Karen Blixen Coffee Garden – a historic manor house on 5 ½ acres of old trees and beautiful gardens, featuring a full menu.

Or satisfy your inner meat-eater at world-famous Carnivore Restaurant, a Nairobi landmark. This unique eatery serves beef, pork, lamb, or chicken, as well as ostrich and crocodile meat.

Have you heard of the movie “Out of Africa”, or the book on which it was based? It was written by Isak Dinesen, the pen name for Karen Blixen – writer, planter, adventuress, and cultural icon. Blixen named her colonial plantation home Mbogani – “house in the woods”.

We’ll next visit this early 20th-century manor which is now a museum highlighting her incredible life in turn of the century Africa. At the site of Blixen’s coffee plantation, you can look upon many of the artifacts of her life. You’ll even find props from the legendary movie, starring Meryl Streep and Robert Redford. 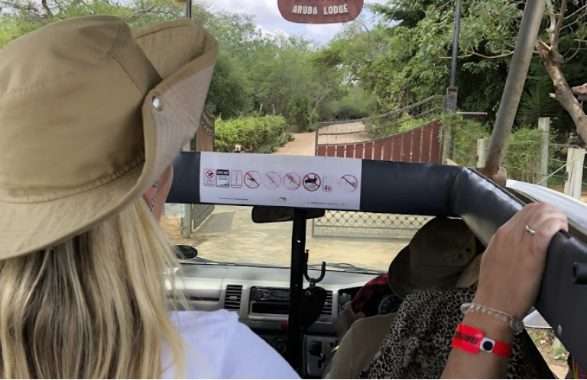 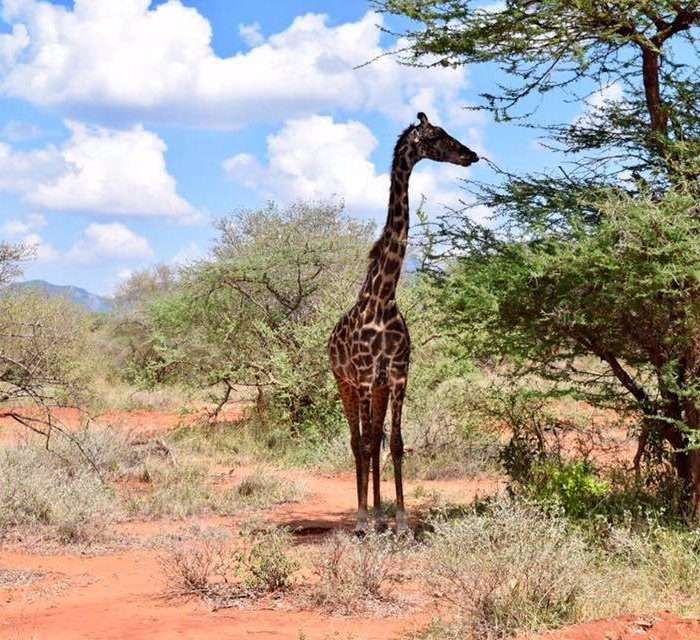 Ever gotten up close and personal with a friendly giant? You may at the Giraffe Centre, a non-profit that provides sanctuary for the rare Rothschild’s Giraffe. Climb the platform and hold out the food pellets that are a favorite of the tall creatures. You may just get a giraffe kiss!

Standing amongst these giants you’ll also be surrounded by plenty of Kenyan schoolchildren – the Centre attracts tens of thousands of curious youngsters and their teachers every year. Enjoy the nature trail here and don’t forget the tea house for a pause and more giraffe watching.

Kazuri means “small and beautiful” in Swahili – you’ll discover a world of small, beautiful beads created before you at this transformational organization. Conceived to empower single mothers, Kazuri Beads teaches these women the artistic skills needed to fashion a decent livelihood and the path to self-sufficiency.

A beautiful finish to our richly cultural day, you can participate with a visit to the gift shop and choose treasures from this kaleidoscope of handiwork.

Wild animals, baby elephants, immense giraffes, African icons, and the self-determined future of local communities – our full day in Nairobi will leave you wanting to see more of our Africa. The tour ends at about 6 pm and we’ll bring you back to your hotel, the airport, or the destination of your choice.

Please contact us at Africa Kenya Safaris and we will show you our favorite spots in Nairobi. 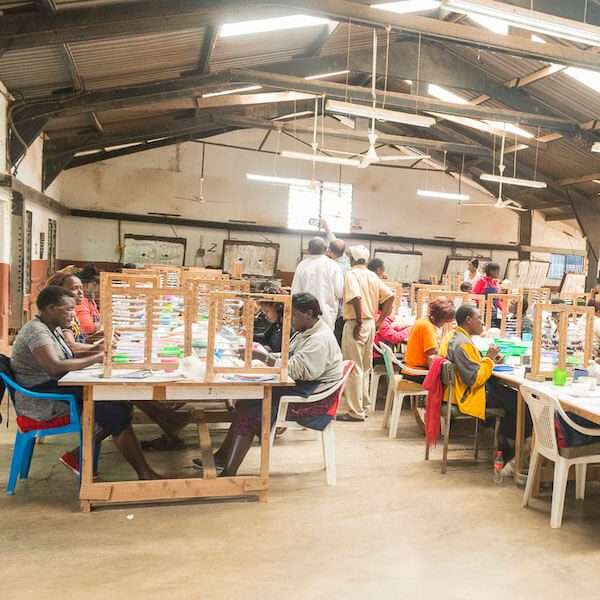 6:30 am – We’ll pick you up from your hotel or site of your choice and proceed on the quick ride to Nairobi National Park.

One of Kenya’s oldest parks, the special reserve is just minutes from the city. The great savannah plains here are home to wild animals in their natural habitat. Look for lion, leopard, buffalo, hyena, giraffe, hippo, and endangered black rhinos.

Also in the park, the David Sheldrick Elephant Orphanage where we will watch the baby elephants being bottle-fed and cared for.

Lunch – your choice of the Karen Blixen Coffee Garden or world-famous Carnivore Restaurant.

Then we’ll tour the Karen Blixen Museum – home of the famous writer set at the foot of the Ngong Hills. The stately farmhouse served as Blixen’s home in the early 20th century.

Giraffe Centre – a sanctuary for endangered Rothschild’s Giraffes, we’ll get close and feed the large and colorful creatures.

Kazuri Beads – our final stop of the day. This enterprising shop is a testament to an artistic vision – the desire of local women to better their lives through the crafting of expressive beads and pottery. Your support of their handiwork translates into employment and self-sufficiency.

Please check out our prices for these private safaris – you’ll see they are the most reasonable anywhere for each tour. There are no hidden fees, plus you’ll travel in safari-style in a 4 x 4 Land Cruiser Jeep.

Not Included In the Tour Price:
– Bottled & Soft Drinks
– Items and services of a personal nature
– Tips & Gratuities

You’ll be amazed at the fresh sights Nairobi offers. It’s like a mini tour of Africa in a day.

From animal encounters to a taste of colonial Africa, to participation in a local enterprise, you’ll enjoy an introduction of our world that will inspire you on to further explorations.